Cleaning Out the Closet 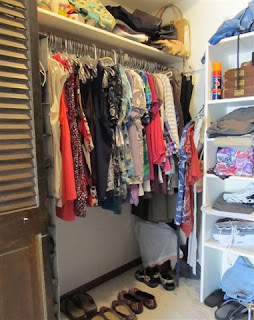 Everyday when I enter my closet the same thought crosses my mind, “Man, there’s a LOT of STUFF in here.”  Yesterday was no exception.  Sometimes I’ll pick one (maybe two) things and throw it in the box for Goodwill.  I figure if I remove something (permanently) once in awhile then MAYBE it will gradually come down to a more acceptable level of STUFF.  I’ve tried the traditional, cleaning the closet method where ya just go in there with some boxes and remove everything that I no longer wear and it doesn’t work for me.  Brain takes over and tells me “You might need that for something.”  So yesterday I removed a pair of Capri pants that I haven’t worn in a couple of years.  As I’m walking across the hall with them I’m thinking, “These were really comfortable pants.”  You see, Brain does this to me every time; it tries to talk me out of getting rid of something.  Sometimes Brain wins and sometimes I win.  The conversation continued something like this…  “The only reason I stopped wearing these is because of the cuff.”  And then Brain said, “Well maybe you should just get rid of the cuff instead of the WHOLE pair of pants.”  “Hmmm” I said. “You’re right!  I could turn them into a pair of shorts which I would probably wear often cuz I don’t have a pair of grey shorts!”  So a new project was born!  So much for my mission to work UFO’s. 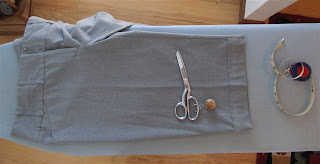 Here’s the carpi’s, 26 inches long.  As you can see Brain got them from the closet to the sewing room pretty quick!  To figure out how to take these from capri’s to shorts I measured the length of a pair of shorts I like and wear often to give me a  short length I'm comfortable with. 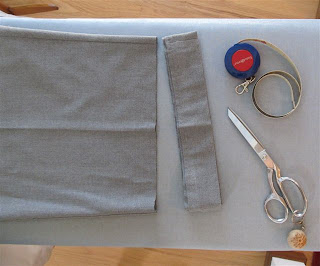 The capri’s were long enough that I could just cut off the cuff and have enough fabric left to give me the length I wanted with a nice size hem.  Much easier than having to remove the original stitching! 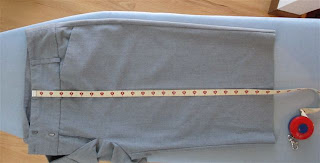 So I just laid a tape measure down the front of the capri's and marked the desired finished length, which was 22 inches. 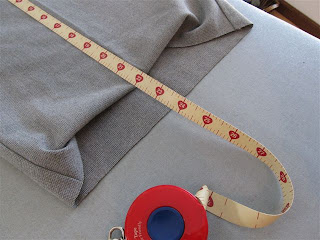 I folded the fabric under (wrong sides together) at the 22 inch mark. 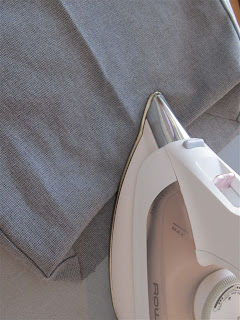 And simply pressed the fold to give me a visual line to start with. 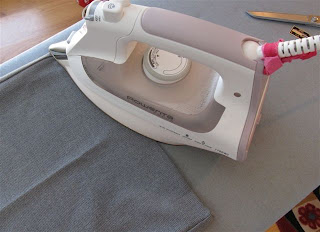 Then I folded the entire bottom edge to the inside, making sure it was straight and level across and pressed across the whole bottom edge.  This not only helps hold the fabric in place but the crease also gives you a visual mark to fold and pin. 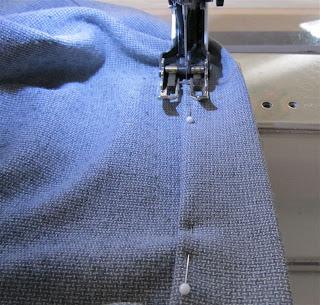 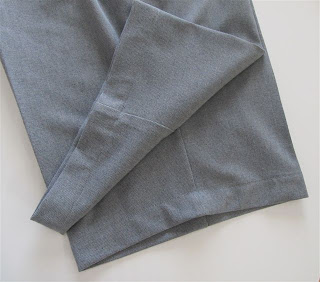 And here they are finished!  This whole job took less than an hour.  I could have done the sewing by hand which would have given a more tailored look, but I’m a casual kinda gal so the machine stitched hem works for me.

Cleaning my closet out one piece at a time didn’t work for me this time, but I did get a new pair of shorts as a result of my attempt.  :o)